The Wagler STREETFIGHTER Duramax was put through seventy-eight grueling engine dyno passes and intentionally pushed to the breaking point, just to find out where it is. Taking it to the next level, the Wagler R&D team is currently verifying real-world performance at Wagler’s private test track in Lyons, Indiana. Such extensive testing has given Wagler Competition Products the confidence to back the STREETFIGHTER Duramax with a 12-month/12,000-mile warranty.

For those looking for a drop-in engine, Wagler offers a complete STREETFIGHTER Duramax with turbocharger kit, fuel system, and billet water pump for $32,270.33 MSRP (plus core charge). The Wagler STREETFIGHTER Duramax is fueled by eight S&S Diesel Motorsport 100% over-stock injectors and a 12mm CP3 pump, with a Precision Turbo 6870 ball bearing turbocharger supplying enough air to produce a conservative 800 horsepower and 1,450 ft-lbs of torque at the crank. 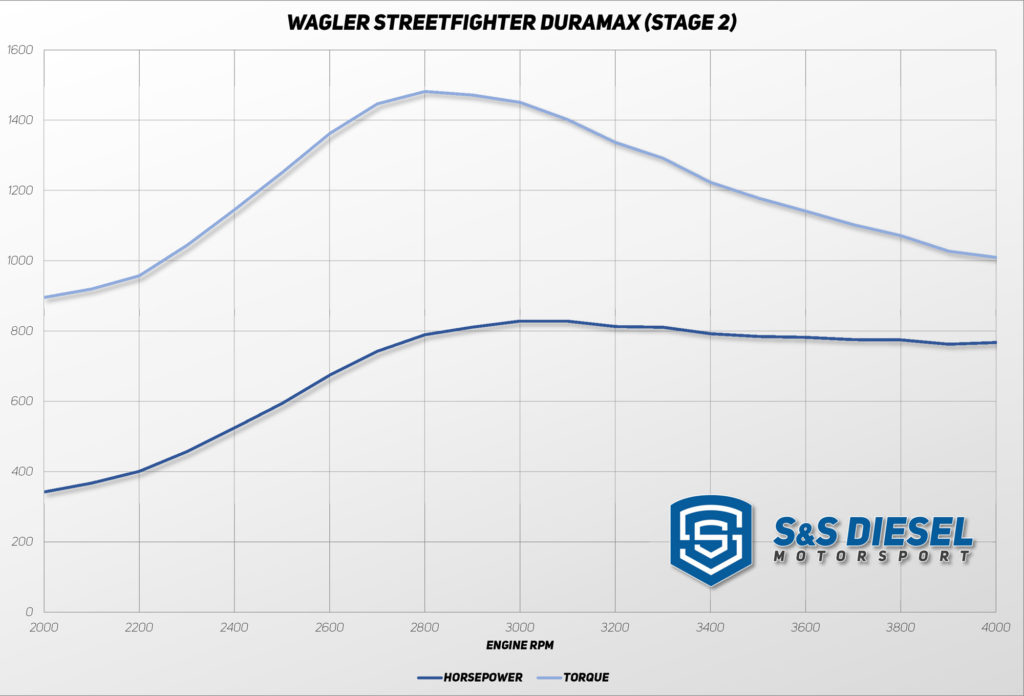 For an additional $5,000 MSRP, the Wagler STREETFIGHTER Duramax Engine can be purchased with an optional control package by Critical Calibration, Inc (CCi), for installation into vehicles that did not come with a Duramax from the factory, such as hot rods, street rods, and classic trucks. The control package consists of: EZ LYNK Auto Agent 2, CCi-calibrated GM LBZ Duramax ECU, wiring harness with throttle assembly.